The Namib-Naukluft National Park in Namibia is one of Africa’s largest protected areas. The most well-known part of the park, and the main visitor attraction in the country, is the area around Sossusvlei where there is a vast sea of vibrantly coloured sand dunes. These dunes are the tallest in the world, some rising more than 300m above the desert. They exhibit a wide palette of colours according to composition and the changing light. Although impressive from ground level, in my opinion they are best observed aerially from a helicopter.

Dead Vlei was once an oasis at the end point of the Tsauchan River where camel thorn trees used to grow. However, the climate changed, drought hit the area, and shifting sand dunes blocked the flow of the river. The trees withered and died about 900 years ago, leaving behind dessicated sun-scorched skeletal trunks. Protruding from the shiny white of the floor of the clay pan, they provide a stark contrast to the surrounding orange dunes and deep blue sky. Sossusvlei itself is another clay pan about 2 km away.

Best seen from the air, fairy circles are circular patches of land barren of plants, several metres in diameter, often encircled by a ring of stimulated growth of grass. Until recently they were only known to exist in the arid grasslands of the Namib desert. The mechanism for their formation is not fully understood.
Back 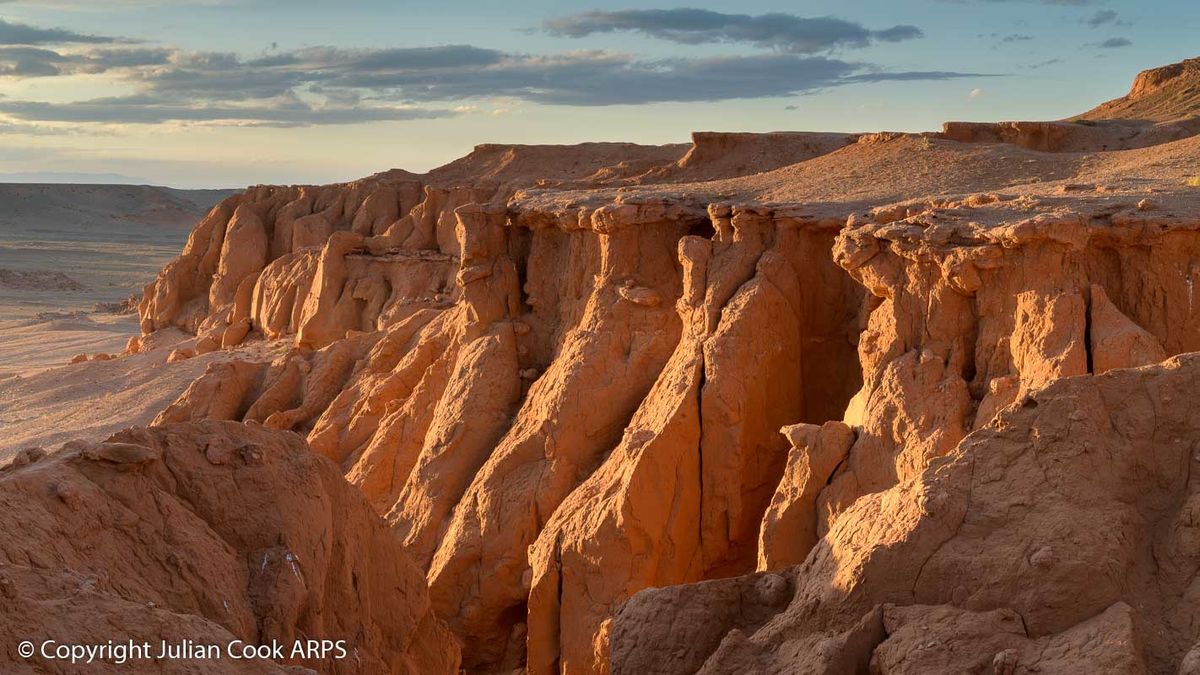